These delicious layered golden milk popsicles have two different liquids in the base that are frozen separately in layers. The yellow layer is golden milk made with ginger and other spices, and the other is homemade pistachio milk. 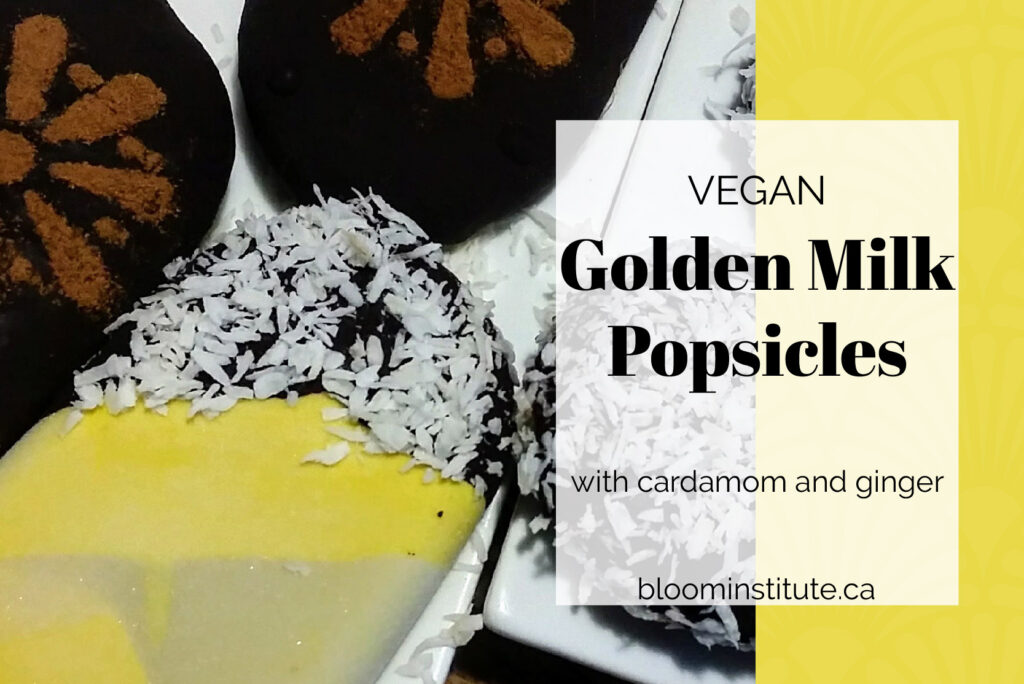 If you haven’t heard of golden milk yet, it’s a popular anti-inflammatory drink featuring turmeric. It has become so popular that many coffee shops are now offering golden milk lattes – steamed milk with turmeric and other spices instead of coffee.

Of course, you can just make the whole popsicles from the golden milk recipe.

The Anti-Inflammatory and Antioxidant Health Benefits of the  Ingredients

Turmeric contains curcumin, known to have anti-inflammatory and antioxidant properties.

Curcumin is fat soluble, so you’ll want to take it with some kind of oil or fat. Coconut milk is an ideal vehicle, as well as a good base ingredient for vegan popsicles. To get the most benefit from the turmeric, it’s also good to add a little black pepper.

Pistachios are high in healthy fats, fibre, protein, antioxidants and other nutrients, including vitamin B6 and potassium, and may contribute to a healthier gut, and improved metabolism.

Finely chop the ginger. Pour the coconut milk in a small pot and add the ginger, cardamom, turmeric, and pepper. Bring to a boil, turn heat to low and simmer 5 minutes. Stir in the maple syrup.

Strain the liquid. Cool and set aside while you make the pistachio layer.

Blend 1 cup of pistachios and 1 cup of water in a high-powered blender. Using cheesecloth or a jelly bag, strain the liquid. Sweeten with maple syrup to taste.

Place parchment paper on a cold plate and set aside. Working quickly, remove the pops from the mold one at a time. Hold over a clean bowl while you spoon or pour the chocolate dip over the pops. Rotate the pops so the chocolate coats evenly and drips down into the bowl. The dip will harden very quickly.

Another option instead of dipping is to lay all the pops on parchment and drizzle the chocolate in lines across them. 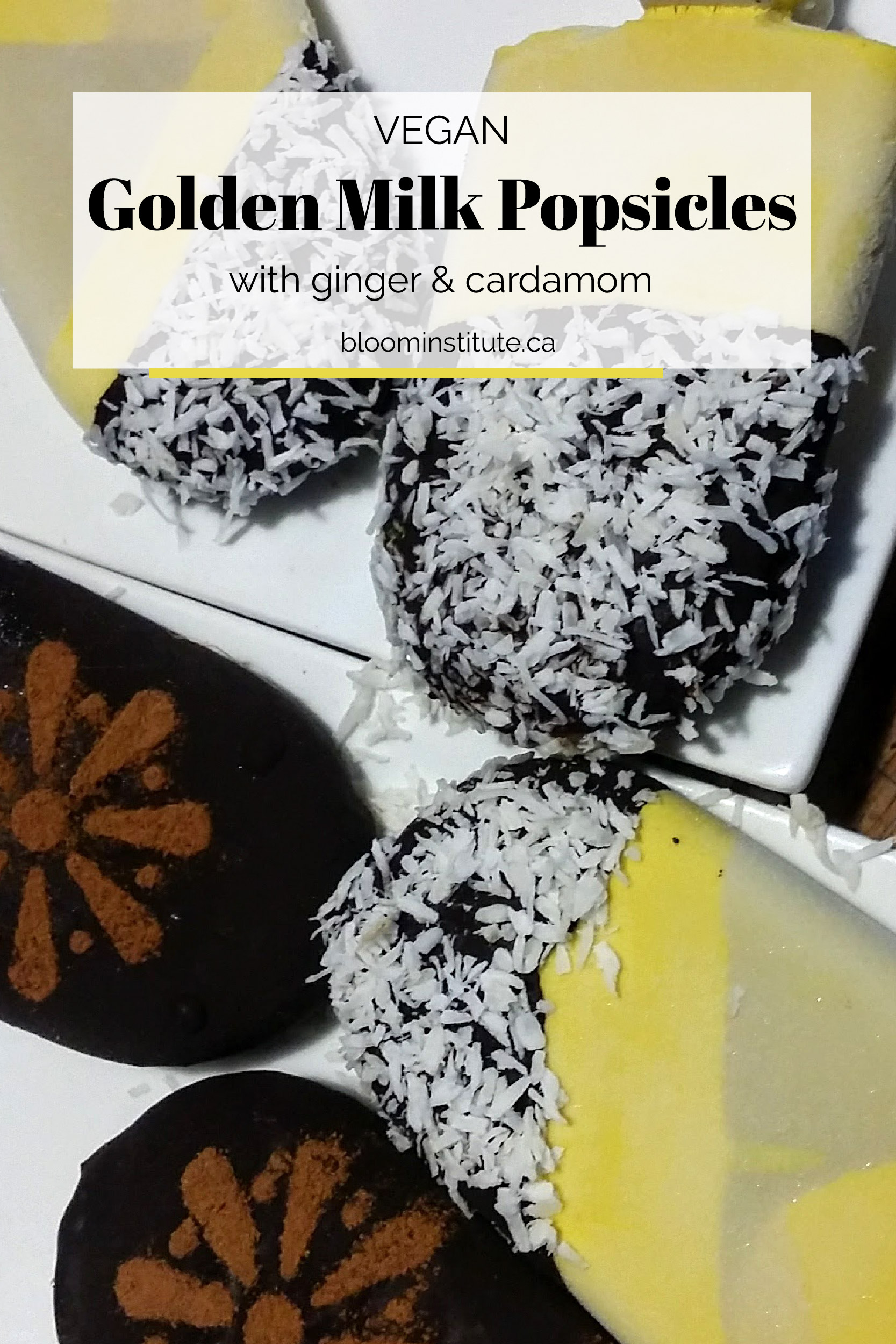